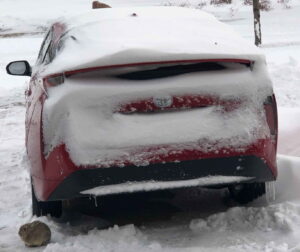 A week or so ago, Anna’s car started acting up. All of the various warning lights started coming on–anti-lock brakes, missing fluids, etc. So, given my complete ignorance of everything car-related, we took the car into the dealership.

My theory was that the computer had gone haywire and might need replacing. Anna figured that the electronics just needed to be reset. The guy at the dealership agreed with Anna and tried to reset the error codes, but without luck.

Turns out we were all wrong. When the mechanic opened up the engine compartment, a bunny rabbit looked up at him, then jumped out and ran off!

Apparently it had found a nice warm spot to sleep and plenty of delicious wires to chew on. Turns out that Toyota has gone green (well, the car is a hybrid), and their cable insulation is made of soy!

You can see some of the bunny’s handiwork (toothiwork?) here: 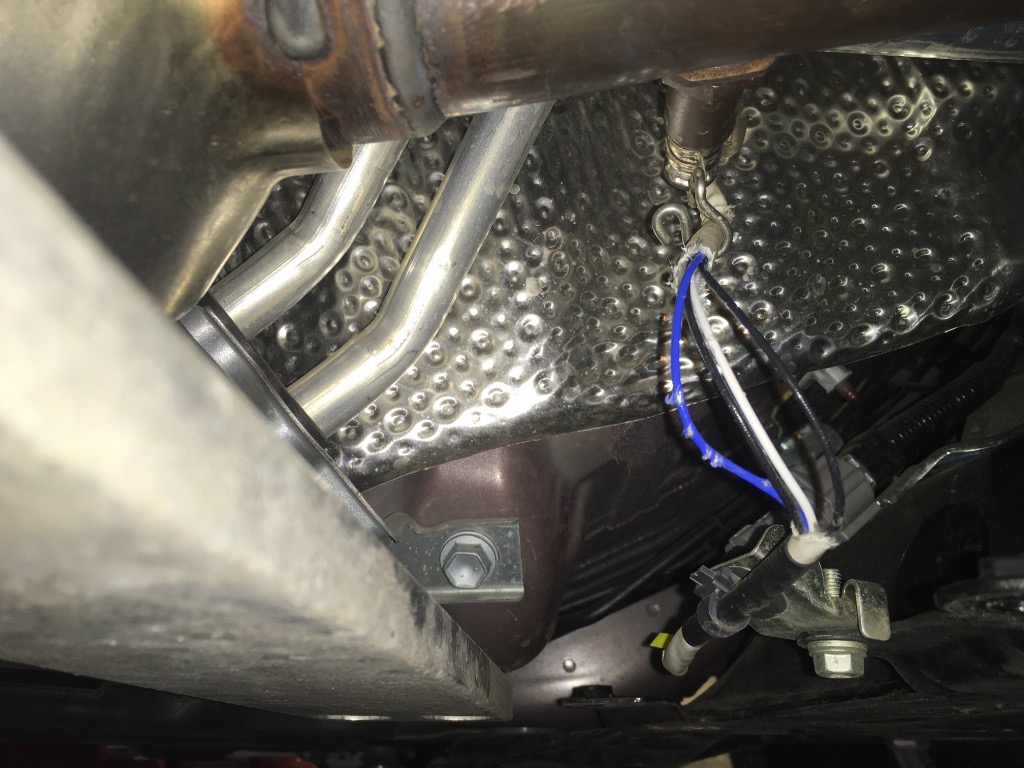 He (or she) chewed the cable to the oxygen sensor all the way to the edge, so the sensor had to be replaced, but the other cables could just be replaced.

And, even though the car is under warranty, apparently act-of-Bunny is not covered. Sigh.

The mechanic suggested spraying peppermint in the engine-compartment, which rabbits supposedly don’t like (they prefer spearmint, presumably). Or, better still, keep the car in the garage, although it is unclear if that would really help: 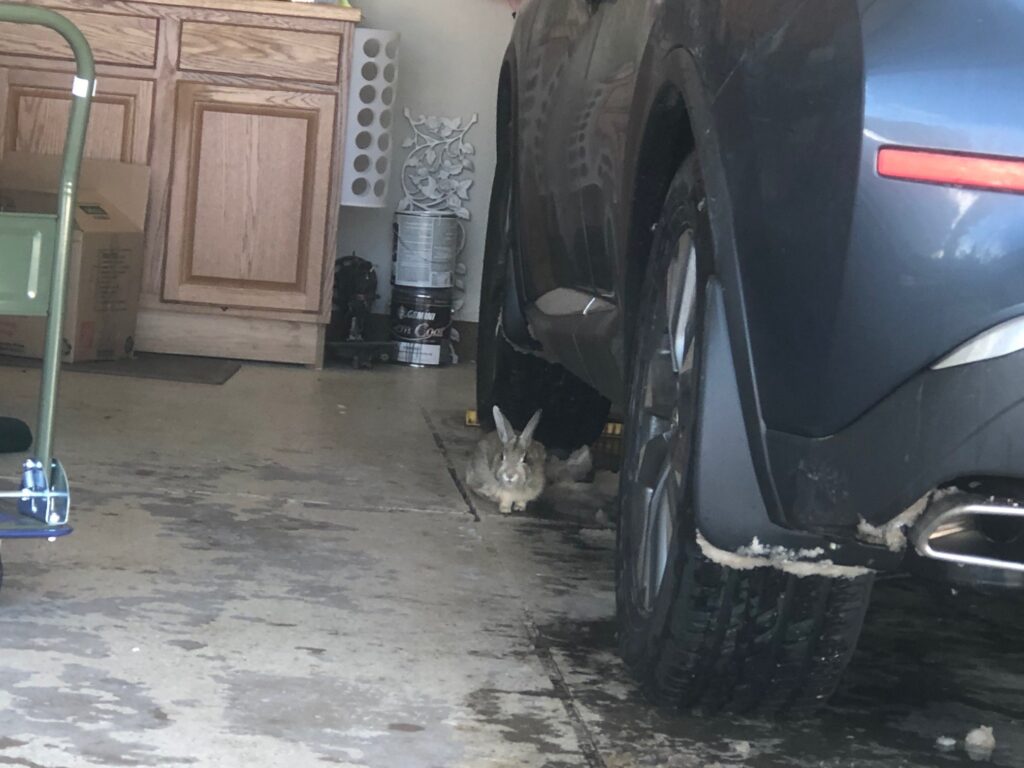 Anna just thinks we should get a bobcat. Personally, I think a bobcat would end up eating more of the wire and drinking the fluids, but what do I know?