I have written a couple of computer books, which you can read about in the non-fiction section below. Lately, though, I’ve gone back to trying to write fiction (I used to do a lot of this when I was younger. Fortunately, it would take fairly complicated technology to recover most of these earlier works from their digital graveyard). The items listed here are the only ones that have thus far been published.

You can also see much of my stuff on my Amazon Author’s Page.

The only non-fiction I’ve bothered to list below are the computer books I’ve written. Over the years I’ve written a number of articles on software, the IT industry, and even on video stuff, but these were often for industry publications, and I’m a bit too lazy to hunt them down. 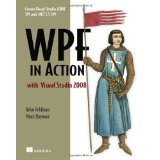 Although this book came out a little while ago, I think that it is still very relevant — largely because WPF has not changed a great deal in that time. While there are a lot of minor improvements, some new controls and brushes, improved designer, etc., the only really big change is the Visual State Manager.

While this book is not an encyclopedic reference, it provides, I think, a really good overview of what you really need to know to get going with WPF, particularly if you are moving from WinForms. 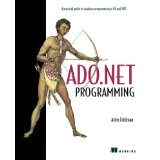 This book is an in-depth guide to database programming in .NET. Unfortunately, while virtually everything covered in this book is still accurate (to the point where I’ve been known to pull it out as a reference) there is a lot that has changed in the ADO.NET world since it came out. I will say this, though–there are a few concepts in this book that I have not seen decently covered elsewhere.

By the way – I had absolutely no input into the cover for the book! Manning uses costumes from a book published in 1799. Given my interest in costuming, this should be a good fit, but I would have probably gone for something a tad more elegant. This guy is a Gonagues Cazando, a huntsman from Sri Lanka.