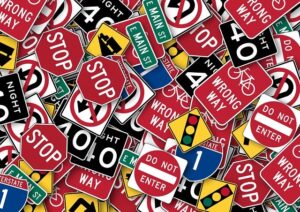 My story Autonomous just came out in Land Beyond the World magazine! It looks like you have to be a paid subscriber to see the story, but you can get a trial subscription (but not sure of the exact details).

This is another self-driving-car story, although I wrote it quite a bit earlier than Free Wheel, and it is not nearly so whimsical. It is a more serious look into potential issues related to self-driving cars, such as whether the car should be programmed to do the best thing for the driver or the best thing for all drivers.

I don’t get into the trolley problem directly in the story, although I skirt it a bit. It is an interesting question, though–if your self-driving car has to choose between saving you or (say) the group of kids that just wandered into the middle of the road, who gets to decide on that algorithm? Is that something you have to argue about at the dealership, or is it in settings, somewhere between Bluetooth and your choice of clock display?

I also wonder if it would be a yes/no toggle or a set of sliders where you specify the number, approximated age and the tone of their social-media posts before deciding on whether to run you into a tree to save them?