Arlen Posted on August 8, 2022 Posted in Writing No Comments 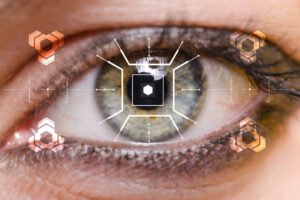 My story Second-Hand Eyes was just published by Flash In A Flash. FiaF is not a traditional publication–they send out stories to all of their subscribers a couple of times a week. They’ve used a couple of my other stories as well.

Technically you would have had to already signed up to to receive their emails to get the story, but they’ve also put it up on Tumblr. For the next few days, you can see the story on their front page (or whatever Tumblr calls that :-). After that you can read it in their archives, but it looks you have to have a (free) Tumblr account for that (I just got one myself).

Second-Hand Eyes is a flash story (< 1,000 words) and was inspired by some of the crazy ways companies are trying to control the things that you technically own, like preventing farmers from fixing their own tractors, blocking printers from using anything other than their own massively-overpriced ink, taking away features from your car or, in the case of BMW, charging you a monthly rental-fee to use the seat warmer.

A lot of this is aided and abetted by the anti-circumvention rules of the DMCA (The Digital Millennium Copyright Act) that is supposed to stop people from mass-pirating of things like movies and music (which has obviously worked really well so far). Now, companies put entirely unnecessary encryption into everything. So, if you try to fix something you personally own in a way that requires breaking the (unnecessary) encryption, you are in violation of the DMCA–and on the hook for $250,000 in fines and five years in prison.

There are other major issues with the DMCA, including preventing perfectly legal uses that were supposed to be protected, like fair use and accessibility. While there are some carve-outs, after fiercely-fought battles, they tend to just highlight the basic problems with this horribly flawed law.

It is not really technically possible to stop someone from breaking encryption when they have both the lock and the key. If the printer is in your home, a skilled technical person could definitely remove or circumvent the bit of circuitry or code that prevents her from using her printer any way she’d like. And that skilled technical person could also create tools for everyone else to do it, thus making it pointless for the company to put the thing in in the first place.

But, thanks to the DMCA, that technician is breaking the law by subverting the marketing desires of the printer’s manufacturer, even though it is their own printer–or coffee machine or toaster. Or, in the case of my story, some eye implants, after the company goes out of business…