In Defense of Lending Books 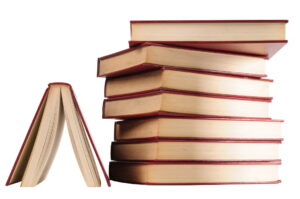 I went to a writing conference this weekend and really enjoyed it. I met some fun and interesting people, learned a bunch of stuff, and also got several ideas for several of my ongoing projects.

But there were a couple of things that happened that I thought were, well, strange.

The first was in a session on historical research. The presenter brought up a list of “questionable” sources (that might not be the exact word she used). One of the sources she listed in this category was Project Gutenberg.

For those who don’t know, Project Gutenberg is a repository of books out of copyright that have been uploaded by volunteers. Amazingly, they started doing this in 1971! Copyright laws have changed, so I’m simplifying a bit, but books that are more than 95 years old are generally out of copyright. Any works created after 1978 have a copyright based on the life of the author plus 70 years. You can’t go to Project Gutenberg and get the latest bestsellers!

But the presenter suggested that there might be something wrong with this. I pointed out the life-of-the-author-plus-seventy-years rule, to which she said something about the estates of the author, then moved on.

I was quite bothered by this. First of all, the vast majority (probably 90%+) of these old works are completely out of print. You’d be lucky to find a used copy of most of these works in the famous disused lavatory with the “beware of the leopard” sign. Project Gutenberg gives them a chance to be read and used in research.

(As an aside, there are tons of works that are technically still under copyright, but are completely orphaned. No one knows who owns the copyright and so they can’t be reprinted until seventy years after the death of the author. I find this very sad).

Anyway, for the works that are still in print–think Dickens, Austen, etc.–it is unlikely that the editions that are out there are enriching the authors’ distant relations. In the one or two cases where the rights can be traced, maybe there should be a way for them to hold onto copyright, but in my mind, even the life-plus-seventy rule seems too extreme to me.

And think of all of the new works we’d lose if old works were perpetually locked away. No Frankenstein references/spin-offs, No alternate versions of Poe or Sherlock Holmes (except by those with deep enough pockets to pay whoever had managed to wangle possession of the rights). Multiple this by a thousand. A million. We are a remix culture.

One suggested approach I’ve heard–and I think I like–is that copyright defaults to a shorter period (say life-plus-twenty) but the holder can ask for short extensions indefinitely. That would probably make the Mouse happy, while reducing the number of orphaned works. 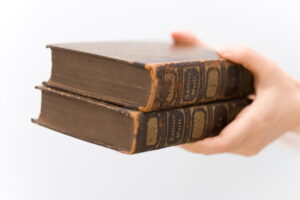 So, anyway, that was on my mind later when I asked an author to sign his book. He was a nice guy with whom I’d chatted the day before, but as he signed, he said something strange to me. “Don’t lend this book to anyone. If someone else wants to read it, make them buy their own copy. Writers support writers[1].” (again, paraphrasing, but pretty close).

Now, in general I don’t lend out autographed books (I am still in awe of my friend who lent me his autographed copy of Nelson Mandela’s autobiography. I was considerably more careful with that than with the enriched uranium he’d lent me the week before). And, since this particular author asked me not to lend his particular book, I suppose I will respect his request.

Particularly when I was younger, but still today, I lend and borrow books all the time. If I enjoy a book enough, I’ll likely buy other things by that author[2]. When I couldn’t afford to buy as many books, at least I was being exposed to those authors and was telling other people about them. I’d also buy used copies of books, but would also buy new books when I could. Authors don’t get anything from used sales–by law, if you own a book you can sell it or give it away (there are some authors who believe that the used book market shouldn’t be allowed–also crazy).

As an author, I want to be read. Sure, I’d like to make millions from my works (which very few authors ever do), and sure, professional authors are trying to make a living. But the idea that lending a book is preventing a sale seems extremely short-sighted.

This is one of my concerns about e-books. Technically you aren’t buying e-books, but “licensing” them. Although I will note that Amazon and every other book seller seems to have a “Buy” button, not a “License” button.

Because you don’t own the book, and it is locked into whatever tech the company chooses for reading, you generally can’t lend it[3] or resell it. In fact, they just might take it away.

Famously, Kindle removed copies of 1984 from people’s devices who had “bought” it because of a rights issue. Presumably the Fates decided that it had to be the book 1984 as the most on-the-nose example possible. Microsoft shut down its ebook platform and took all the books with it. They at least gave refunds, which wasn’t guaranteed, but if it was a book you loved and couldn’t find elsewhere–too bad[4].

As devices and formats go out of fashion, your book collection will start to evaporate. And your friends won’t be able to come to you, hand you a book and say “hey, I found this amazing book/author–you should give them a try.”

If I ever get another book published, my main hope is that it is good enough that people will want to lend it to their friends.

[1]Writers really do support other writers. They will give their time and advice, provide resources, cheer your successes and commiserate with you when things aren’t going well. And we are writers, so generally things are not going well.

[2]Who am I kidding? I’d probably buy my own copy of that book as well. My biggest complaint about my current house is that it doesn’t have enough libraries in it.

[3]You might be allowed to lend it to a small number of “family” members on some systems.

[4]At some point I’ll probably do a post about allowing a very small number of big companies control over what and how we read and view things. And if you think they are doing this in order to make sure that the authors/artists are getting their fair share, I have a lovely NFT of a link to a picture of a bridge I’d like to sell you.

2 Comments on “In Defense of Lending Books”