Arlen Posted on December 12, 2021 Posted in Reading No Comments 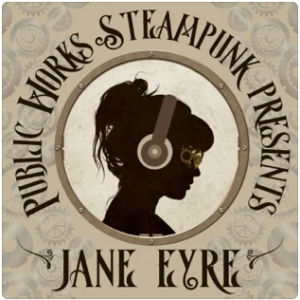 I just finished listening to the audio book of Steampunk Jane Eyre, written by R.A. Harding (and Charlotte Brontë), and narrated by Danyda Feldman!

It has been many years since I last read Jane Eyre and it is not really my cup of tea. However, this version has two things going for it. First, R.A. Harding has lightly overlaid some steampunk additions. They don’t really change the story, but they do add a bit of color. And, second, the narrator is just really really good!

At first it was a bit weird–like having my sister reading me a story. But very soon I just forget about that because she is so good at doing all of the different characters and accents (including a lot of specific regional accents). She also has the little girl (and others) reel off perfect French.

As a younger brother, I suppose I ought to be more snarky about this, but I was honestly blown away by it. She should be doing this for a living! I also happen to know that she did all of the engineering of the recordings as well.

As for Jane Eyre–I will admit that there are several chapters where the missionary fervor is rather OTT and hard to stomach. Also, amazing coincidence, Jane runs as far away from Thornfield Hall as she can, and just happens to end up at the house of her unknown cousins. I think Charlotte watched too much daytime television while she was writing the novel.

The book can be ordered from Amazon and the audio book is available either from the book’s website or on a few podcast platforms (pay attention though–the chapters on the podcast platforms may be out of order).