How many E’s in Scrabble?

Arlen Posted on July 31, 2015 Posted in Practical Jokes No Comments 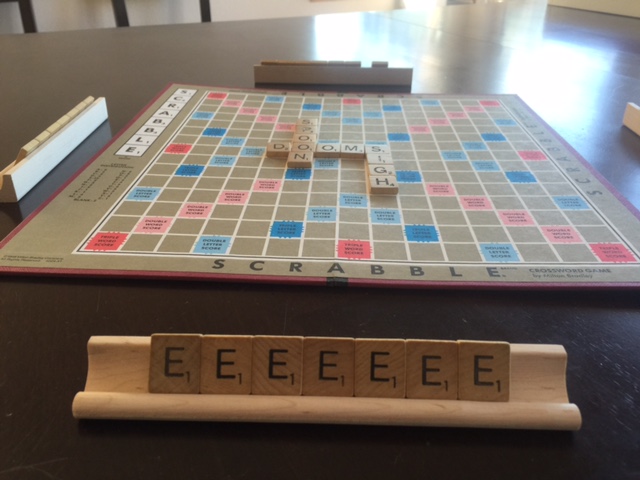 This is about one of my favorite practical jokes.

At one of the companies where I used to work, there was a big table where people tended to play games during lunch, including a group of dedicated scrabble players.

I felt that the game was getting a little too easy, so one evening I went out and purchased 3 additional sets that were identical to the one they used, and replaced a significant number of the consonants with Es from the other sets.

The following day, I watched the game unfold. About 20 minutes in, the game was still going, but one of the players waved me over to show me how terrible his luck was — he had an I and 6 Es! I commiserated, and wondered if he had done any counting, since there were at least 10 Es on the board already, and a full set should only have 12!

It took almost half an hour before they finally tumbled, at which point I had to make a run for it (our department was well armed with Nerf weaponry)!

The simple jokes are often the best! I think I just about ruptured something trying not to laugh while the game went on.

After that, they locked up the Scrabble game to keep it safe. Silly really, since I am very good at picking locks :-).