Arlen Posted on January 3, 2018 Posted in Reading No Comments 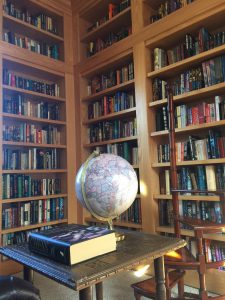 Last year I read 130 books, split relatively evenly between fiction (63 books) and non-fiction (books 67). Yes, I am geeky enough to have a spreadsheet! If you are interested, I average 2.5 books per week, with an average of 343 pages per book.

Honestly, the main reason I started keeping a spreadsheet was that it helped me avoid reading the same books multiple times (which is annoying when you realize, generally half-way through).

I thought it might be interesting to go over the books I read over the last year (at least for me—I have no idea what you might find interesting). This post is just about non-fiction. I will eventually do another post covering fiction.

I’ve broken down the books into some general categories, although no guarantee that these categories are particularly accurate—they are just what seemed reasonable to me.

In 2017 I read more non-fiction history books (17) than any other category. Someday when I’m bored, I may go back and see if this is normal or not (my spreadsheets go back to 2004, but they got steadily more complex, and I’ve only been tracking fiction vs. nonfiction for about 5 years, and only started adding categories in order to write this post).

Of these, Moon Shot, which covers the space race from just before Sputnik to the end of Apollo, was a standout. It is mostly told from the point of view of Deke Slayton and Alan Shephard (who are co-authors), and gives a lot of interesting perspective.

My Father’s Country was also very interesting. I read a lot about the world wars, but not so much from the German side of things. My Father’s Country is written by the daughter of one of the men who attempted to assassinate Hitler. One of the things that it helps drive home is how regular people are swept up in grand events.

While talking about World War II, I reread Walter Lord’s The Miracle of Dunkirk, since there were so many Dunkirk-related films coming out. I think Walter Lord is one of the best writers for bringing history to life.

On the other hand, I was a bit disappointed with Churchill’s World Crisis. This was the first book of his World War I series, and he spends a bit too much time trying to convince the reader that a lot of things were not his fault (in some cases, I probably agree, but it makes the narrative a bit whiny). Normally I’m a fan of his writing, but it is probably going to take me a while to get through the last five volumes.

Although I tend to read a fair number of biographies, I think that this year the number (15) was higher than usual.

Born a Crime is fascinating and moving. I’m a fan of Trevor Noah and the Daily Show, but reading about his childhood makes him significantly more impressive.

I have to admit that I ended up reading Alexander Hamilton after seeing the musical, but it is a really good book. If you’ve read a lot of books about Jefferson, it is probably good to read this to see the revolution and post-revolutionary world from a different perspective.

Funny in Farsi is about a young Iranian girl growing up in America. It is funny and does what a good biography ought to—lets you see the world from a different perspective (which frequently reminds you that it is not that different!).

This is a bit of a grab-bag category.

I was a big fan of Yuval Harari’s Sapiens, and I also really enjoyed Homo Deus, although they are fairly different. Sapiens is a history of the species, whereas Homo Deus is more about where we are going. I don’t necessarily agree with all of the arguments and predictions, but they are well reasoned and thought provoking.

How to Make a Spaceship is the story of the X-Prize (arguably could have ended up in History, but my list, so deal with it). As well as talking about the various competitors and their challengers, it also covers the struggle to actually fund the X-Prize after it was announced.

The Undoing Project is the story of Daniel Kahneman and Amos Tversky, two Israelis who have had a huge impact on how all sorts of fields, including medicine, government regulation, economics and even baseball, apply evidence over “how things have always been done.” Sadly, many (most) fields have not embraced this idea.

I’ve been doing a lot more fiction writing this year, and so have read a handful of writing books.

Don’t Murder Your Mystery was probably the best of them. I wasn’t working on a mystery, but it has a lot of good general advice.

Really just travel books for places we’ve been or are considering visiting.

What with everything going on, I’ve read fewer political books this year than usual. I’ve also spent a lot of this year with my fingers in my ears going “Nyah nyah nyah – I can’t hear you.”

I would recommend all of these. Colony in a Nation show how different a country America is depending on your race and socio-economic position, how we got here, and some possible examples that might suggest how to improve things.

Private Empire is an absorbing look into ExxonMobile, which really highlights how corporations look at the world. Coll manages to make ExxonMobile somewhat sympathetic without glossing over their issues.

Between the World and Me is written from the author to his son, and answers questions about race and history. It can be uncomfortable reading, but it is beautifully written.

These are the books that are either not easily categorized or in categories where I didn’t read many others.

I reread a few of my knotwork books since I was putting together a class and then a tutorial on knotwork.

The Phoenix Project was an interesting take on dev-ops and related topics. It was one of the few business books I’ve ever read that actually seemed mostly worthwhile. Arguably, it could be counted as fiction, since it is written around the idea of a company with major problems, focusing on the person on whom the problems are dumped. However, it is really a business book, and so I left it classified as non-fiction.

This is a pretty big post, and, as I mentioned, it only covers non-fiction. Not sure if I should maybe do this monthly (handy way of making sure I have something to blog about :-), or just do individual posts about books that I particularly enjoyed.